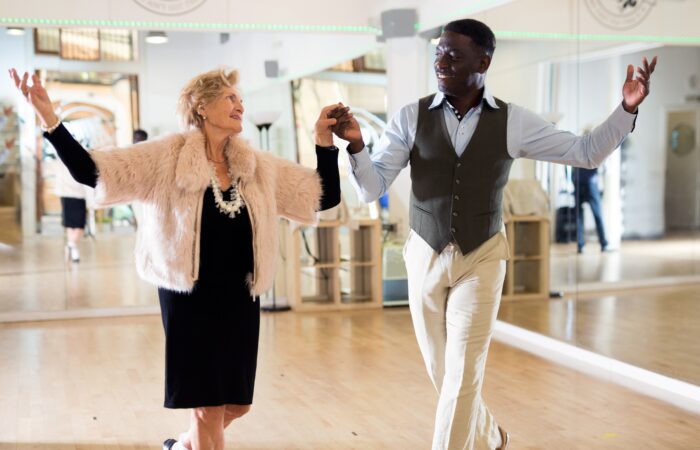 I recently had the great pleasure of working with a lovely elderly lady, the wife of a patient whom I was treating at home. It hasn’t been an easy year for her: six months ago she had suffered a stroke (left hemiplegia).

She caught Covid while in hospital, was later readmitted for a UTI and had then fallen at home resulting in a partial hip replacement. She had received community physio and had done well, but her husband was concerned that she had a high level of anxiety regarding falling again which was affecting her walking.

Previously quite active, she looked physically frail but was mentally alert and determined. She was transitioning from a Zimmer frame to one stick and had some ability to support on the left leg, but the left arm remained tense with occasional spasms. Her understandable fear of falling manifested in a number of ways: apical breathing or breath holding; a flexed posture with her eyes fixed on the floor, and a shuffling gait. She liked to be close to furniture or walls for support.

Before attempting to work on walking, we began in a classically JEMS® way – first finding the left side of her body with self rubbing, so that her brain could recognise and connect to it. This improved her awareness and ability to centre her body. This is the “Oh there you are!” stage of welcoming, non judgemental sensory connection.

Having already started to bring her into presence in her body, we moved into some slow, easy breathing with an emphasis on a relaxed exhalation, to nudge her towards a calmer state. Here we follow the principle that a calm system can dare to release habitual coping patterns, making the nervous system more receptive to learning. Of course, a more coordinated diaphragm also contributes to improved postural control and trunk stability, establishing the JEMS® principle of “always setting the person up to succeed” in order to foster confidence.

Finally, I invited my patient to access her own super power – the marvellous capacity of her brain to access new possibilities through associations. I asked her what would represent effortless movement. Her husband excitedly offered that ducks looked effortless to him. That definitely didn’t resonate for his wife, who instead declared that Strictly Come Dancing would be her inspiration for a sense of flow, lightness and effortlessness. Her wonderful cerebellum, when given this clear directive, made arrangements in her nervous system, and delightfully, she unfurled into a more upright posture, and stepped out into a much improved gait pattern with better, more confident balance.

Later, she expressed some frustration that her body fatigued quickly since the stroke, and she now had to take naps. I explained that her brain is currently like that of a teenager going through a growth spurt – it is building new connections, rerouting pathways, creating new solutions and finding new ways to understand and coordinate her body, which costs a huge amount of energy, the brain being the most metabolically costly organ in our body! It does this most effectively when we are “off line”, so those naps are a critical part of her progress. To discover that she was having a common experience with a teenager was a reassuring and positive reframing of her experience! 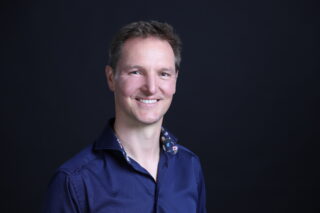 I just thought I’d share this story with you, to illustrate a JEMS® approach to the specific objective of working on gait in the first session. Of course, there is much that we can add, but for a first session, particularly being mindful of the patient’s limited physical tolerance, this approach enabled her to become engaged in the process, to access the unrealised resources she already has, and to achieve a change with easy techniques that she can perform independently.

Kent Fyrth is a JEMS® Lead Instructor, physiotherapist and Somatic Experiencing Practitioner, whose invaluable work has informed the emotional integration aspects of JEMS®. He also holds the challenging role of being Joanne’s husband of 21 years!