JEMS® is a way of working, rather than a set of techniques. The communication aspect is key, as is self awareness in the practitioners themselves. Creativity and individualisation based on sound principles mean that a wide range of patients can be guided to access unrealised resources in themselves.

We have the unique opportunity below to capture a glimpse into the mind of JEMS® Certified Rehabilitation Practitioner Chris Gauntlett as he tells us about a special patient journey, while also hearing from the patient’s mother who observed the process. Together, they form a unique insight into a beautiful collaborative adventure. 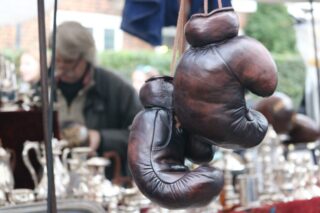 Lately, I’ve been thinking a lot about some of Joanne’s teaching on narrative and metaphor; how deeply personal both can be when expressed through movement and embodied; and how both can provide an illuminating path into the technical, rather than a replacement for it. Being a technically focused and analytical person by nature, embracing this aspect of JEMS® has not always been easy for me, or without its challenges. When I first started working with the JEMS® method I was definitely guilty of looking at its application solely through the lens of technique. What follows is a case study where personal movement narrative was the essential first step to unlocking the movement puzzle and revealing a technical way forward.

Zac is 17, has moderate, but significant autism, and his mother asked me if I’d consider trying to teach him to box. She desperately was trying to find a physical activity that he could do on his own, and that he might enjoy and achieve a sense of accomplishment in. Through most of Zac’s primary school years he was teased mercilessly due to his inability to understand and negotiate social situations. In year 8, at the age of 13, he had a complete mental breakdown and hasn’t been able to return to school since.

Zac’s mother warned me that he won’t be able to make eye contact and hasn’t done so with anyone outside the immediate family in five years. My initial strategy working with Zac was not to face him directly but to work alongside him so that he could feel as comfortable and secure as possible.

Working with Zac proved very difficult. As you might expect, for someone who has spent the last five years sitting in his room, his coordination, muscle tone, and general fitness was very low. We stuck to very simple boxing drills and incorporated some JEMS® ball bouncing and ball following. Zac had almost no functional CLA control and a pronounced upper lock from long periods spent sitting in front of the computer. His balance was poor and there were significant tracking issues with both knees. 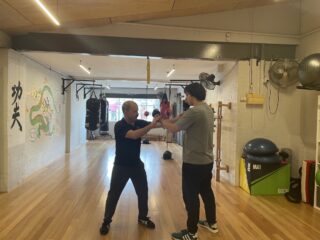 We managed to get through our first session okay. I introduced concepts such as the balloon and games to disassociate individual zones and limb movement. However, overall, we made little progress. Our second session went much the same. Despite trying a number of different JEMS® approaches and basic boxing drills, I just couldn’t seem to connect with Zac. Afterwards, his Mum called me up and said that Zac had had a small meltdown before this second session and she almost couldn’t get him to leave the house due to his anxiety about coming down. I was at a complete loss as to how to help Zac and felt like I was failing him.

Out of desperation, I asked his Mum what he was interested in. I was aware that autistic people often had a specific area of interest that they loved to focus on. For Zac, it was military history. His Mum explained that he loved anything to do with modern military history and would spend hours upon hours reading about it. This gave me an idea.

In our next session I began by explaining to Zac about the history of western boxing, and how before becoming a sport, it was a military system of unarmed combat taught to soldiers. This is why in the old black and white photos of bare knuckle boxers at the turn of the 19th century, you see them standing upright with forearms facing outward and elbows down. I explained that there were several reasons for this:

I noticed that during this explanation Zac became laser focused on my every word. Instead of a balloon, our CLA cue now became ‘stand tall like a soldier’; to correct the upper lock our cue now was ‘look down your rifle’. I couldn’t believe what a profound effect these two simple cues had on Zac’s global movement. The upper lock vanished, CLA improved dramatically, and knee tracking problems all but vanished. However, most importantly, Zac was much more engaged with our session, and delighted in every new challenge I set for him – wherever I could, I framed and explained new tasks with military metaphor. In this session, Zac achieved more progress than most people are able to in ten. At the conclusion of this session, he looked me in the eye, smiled, and asked when we could do our next one. A few hours later, his Mum rang me up in tears, and explained that that was the first time he has looked someone in the eye and smiled, outside of the immediate family, in five years. 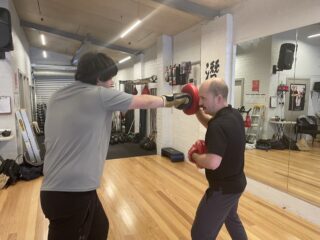 This breakthrough with Zac taught me a valuable lesson. Sometimes, technical skill and knowledge just ain’t enough. A person’s physical mode of being and it’s expression are deeply personal, and communicating in a way that speaks to that can sometimes be the most important key to unlocking their physical potential; making the application of technical knowledge then a possibility.

Joanne and the JEMS® Team would like to thank Zac and his mother, who kindly gave permission for us to publish Zac’s story, and shared this testimonial:

An open letter to our Coach, from a grateful family that knows how authenticity can bring about great healing.

I’ve known Chris for a number of years and when I was looking for help for my Son, I knew I had to speak to Chris.

Unlike a typical client looking to learn a craft or get fit, I was looking for an avenue to bring my Son’s health back from a very debilitating place that had seen him suffering with severe anxiety.  A depth of anguish so great that on more than one occasion we came close to losing him.

You would think a doctor or a prescription would be the answer but that’s not what I knew my Son needed.  He needed a purpose.  He needed a window of time where he could not be inside his own head and he needed a male influence that could be a firm guide out of the dark through his physical well being.  Having boxed myself, I knew boxing held the key to these avenues of healing.

Fitness isn’t just about conditioning the body, it’s a mental journey before it manifests into a physical one.  I knew the right coach who would not just have the ability to train my Sons body but have the emotional intelligence to understand and intuitively know how to work with his mental limitations, could create tremendous change.

So tentatively and with a lot of trepidation, Zac had his first boxing session.  Zac had no baseline of fitness.  In the course of 4 years of isolation Zac’s cardiovascular ability had not been tested, his muscle strength had not been developed and he had no prior skilled training in any physical discipline.

Fast forward 6 months and the progress that Zac has made under the care of Chris has been life changing.  Chris gave Zac the confidence to first feel safe with him, to then be able to trust him so that Chris could guide Zac back to the physical health of a young man of 18 takes for granted.  The boxing skills Zac has acquired and the physical improvements he has gained have been introduced incrementally with increasing intensity without ever overwhelming him both mentally or physically.  Chris has found that magic balance of knowing how to push Zac and get the best out of him.

Chris’s training was pivotal in turning my Son’s life around and whilst we are not out of the dark entirely, Zac has been diligently following Chris into the light and our family absolutely know that our Son is here today because of the training and care Chris has provided him.  By being authentic, Chris taught Zac to trust him.  Without that trust Chris would not have ever had the opportunity to change this young man’s life.

As for the future, it looks bright for Zac.  His boxing gives him a sense of purpose, he lights up in Chris’s company and when faced with decisions he contemplates what would Chris think and does this serve my ability to show up for boxing.

Zacy and I have a motto we share when it gets a little tough going sometimes,  “You’ve got to get a little uncomfortable to get comfortable”