Letting Go to Achieve the Flow: Secrets of Power and Agility for Racquet Sports 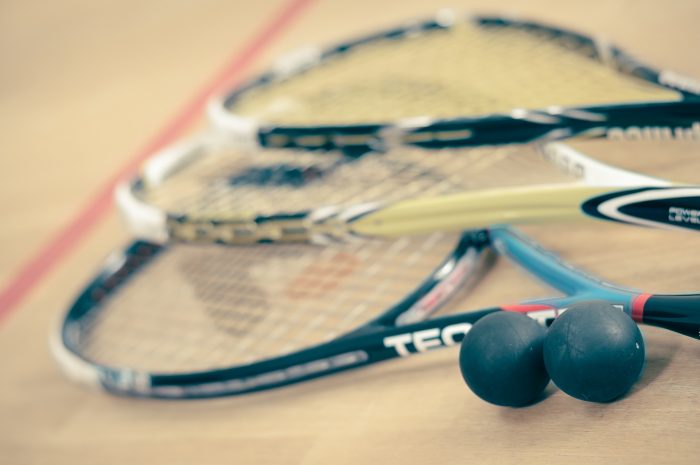 How do great players look so relaxed, yet cover and control the court so easily? Physically it does not seem to cost them as much as other players, yet their shots crackle with power. They can explode a shot when they choose to, yet tickle it with finesse in the next moment. They appear effortless, but how do they do it? Are they just stronger and fitter than everyone else?

While of course these are supreme athletes, pure strength and fitness does not necessarily lead to the fluent efficiency we see in action. It isn’t the physically strongest player on the court that necessarily dominates, but the one who knows how to create and control forces for the best result and least stress on the body. These players understand that for mastery on court you have to move with flow.

So how do we acquire this “flow”?

Flow emerges when tension is minimised, which in turn promotes joint timing and coordination.  Many players focus on power, but this often becomes equated in their minds with strength and effort, leading to a relatively slow and energy costly “muscling” of the shot. This can be a significant block to optimal shot making and effective transitions on court.

If you’ve ever walked on court thinking that you’re going to dominate your opponent with your power game, this could be you.

Power is dependent upon the speed with which you deliver force, and there are some key errors that get in the way of speed. The first is that in order to try and hit hard, many players ramp up the amount of tension in their muscles, including many not directly involved in actually creating the movement. This creates internal resistance, and although it feels reassuringly strong when your muscles are “on”, pushing against your own internal resistance slows you down. It’s like accelerating with the handbrake on, and as soon as you lose speed, you sacrifice power.

What if I told you that you could unleash greater power with no additional training right now? The answer is rarely more strength training. The key is to let go of what you don’t need.

There are three key body areas to actively reduce tension for improved performance and injury reduction.

The first is the arm. To produce a powerful shot, your arm represents the business end of a cowboy’s stock whip. The wrist and hand are the final “crack’ of the whip as the forces have rippled upwards though the body and out through the arm. This directional movement of force through the body creates the power generating potential.  The tip end of a whip only delivers the power; it doesn’t create it.  So it is with the wrist and hand. If you have too tight a grip on the racquet, or too much tension in your arm, it is like closing your hands around the end of that stock whip. You block the body’s contribution, leaving you with only arm strength to make up for your inefficiency. Not only is this performance detracting, but it’s a great way to increase your chance of wrist, elbow or shoulder injury.

So the first step to increasing speed, and therefore true power, is to relax your hand and stop trying to hit hard.

The second area is your core. Most elite players incorporate some form of core training into their programme as this support is essential for the spine and the shoulder. However, this central area of the body acts as a force transmitter between the lower and upper body. If you consciously and continuously hold your core “on” during play, it will effectively block the flow of forces through the body. An over braced core also interferes with upper body rotational motion, which in turn compromises timing and coordination of the whole movement. You lose your stock whip action and increase the loading on your arm.

The second step to increasing power is therefore to do your core conditioning off court, but to avoid conscious abdominal tension on the court.

Finally, if the muscles of the legs are too tense, forces are amplified in the knees. In any racquet sport you need good leg strength, but the key to timing and speed is to use no more than is absolutely necessary. Constant tension around the knee blocks shock absorption, interferes with hip motion and affects your agility, slowing you down and increasing your injury risk.

The third step then is to find your inner springs, allowing the joints of your legs to bounce and recoil lightly and quickly as you carry your body in balance over your feet.

You don’t have to wait for something else to develop before you focus on being effortless. You just have to get out of your own way. Flow on court is a state of mind that directly influences your body, so let the tension go and unleash your potential for greater power and agility with less body stress the very next time you lift your racquet.

« « It’s Not All About Glute Strength: New Moves for Knee and Hip Problems | What is your posture telling the world? » »
Blog Categories