We humans love to be in control. This is often a pleasant delusion in many aspects of our lives, nevertheless we have a habit of taking a concept and then building a system and framework around it, sometimes taking it so far as to create an alternate reality that has lost touch with the original premise in our efforts to contain and control it. The result may not be factually accurate but it makes us feel secure, and thus it appeals greatly. So it has been with core stability, which has taken an early piece of research and a broad principle and created an entire industry from it.

In doing so, natural movement has been compromised, so much so that I now see many people who are so worried about “uncontrolled movement” that they have ceased to move in any natural way at all. By emphasising a contrived mode of control to such an extent, their movement has been compromised instead of optimised. (Lest you think I am being unfair, the same could be said of those who have prioritised strength without movement integration, but more of that in another blog).

This month I have had the pleasure of working with groups of professional Pilates teachers at the invitation of the Pilates Foundation, at their AGM in London. I named the workshops “Moving Beautifully for Life, Sport and Art”, as I wanted to broaden the vision of what beautiful movement might be. Participants were responsive to the idea that beautiful movement, as an expression of effective force management, integration of whole body systems and coordination, adaptability, spontaneity and confidence, was a phenomenon that we see from childhood through to the elderly, in all the activities of life, and is not the exclusive domain of athletes and dancers.

Sometimes called “the art of control”, Pilates runs the risk of existing in an alternate reality if its practitioners solely prioritise stability without sufficient understanding of normal movement. However, it is also capable of evolving and embracing the elements involved in fostering beautiful functional movement, if its teachers aim for movement quality through an understanding of natural movement principles, rather than solely emphasising control within the repertoire. Many of the teachers that I met were passionate for movement, highly motivated to learn new ways to help their clients, and deeply interested in application to sport and other functional activities, so they are ideally placed to perform a valuable service within the community.

My purpose during the workshops this month was to gently open a window on natural movement and a sense of embodiment that encourages flow of forces throughout the body, from the deliciousness of truly lengthening while still connected, through to the dynamic carriage of balance. We explored applied biomechanics, auto activation and cueing for effortless postures, and played with skills which shift the client from cognitively driven behaviours into sensory awareness and automatic responses. We had a “beautiful” time…

Movement is a tapestry of interconnecting threads which constantly dance with each other. It is the result of a complex interplay of shifting relationships and elements which weave patterns that are visible in the way that we move. Stability is one of these threads, but alone or over dominating, it does not lead to a harmonious picture. If insightfully woven with other threads however, it plays a valuable role.

In other words, if we make the effort to truly understand movement without trying to contain it through rigid application of systems and protocols, that is, we do not focus disproportionately on specific muscle activation at the expense of the other equally important elements involved, we can help people to improve, explore and enjoy moving more beautifully at any age. 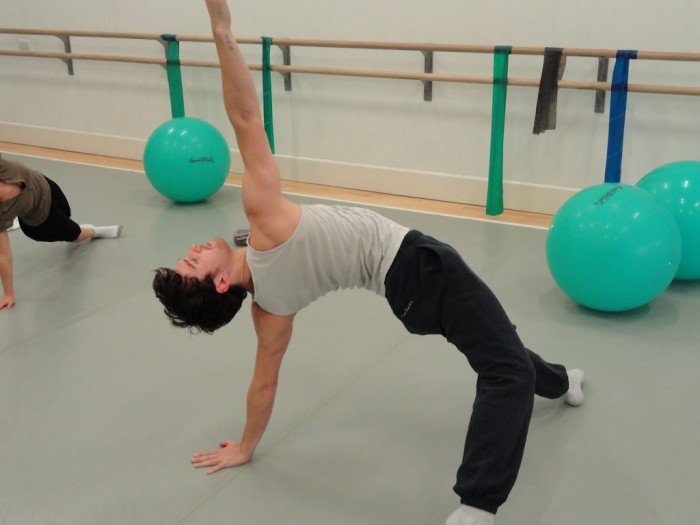