I love the freedom of working for myself in private practice and have worked as a sole practitioner for the last 17 years, having been qualified 30 years ago. 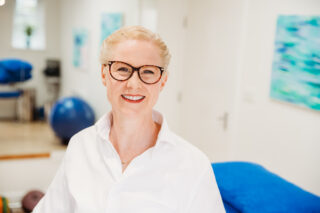 My background and clinic list is highly varied and over the last 15 years includes World Superbike, MotoGP, and TT* road racers both clinically and at events, alongside intermittent performance work for a small number of professional dancers. Day to day I mostly work with chronic, complex failed management cases of all ages and abilities. I am fascinated by the brain-body connection discussion opened up by JEMS® and have used this expanding knowledge to steer the TT Racer Clinic in new directions addressing ongoing racer issues.

One of the big lightbulb moments I have had, (and I still have the frantically scribbled notes as it all came to me one course) relates to what is commonly known amongst racers as ‘arm pump’, an acute compartment syndrome. Arm pump can lead to a rapid onset loss of grip strength, acute pain, and often numbness to the point of not being able to hold on to the handlebars, or fairings if a sidecar passenger. I first started working in racing in 2007 and arm pump was a widespread, frequently surgically managed issue, however, it was particularly prevalent and dangerous for TT competitors, with many alarming comments about ‘nearly losing the bike’ in the early years. 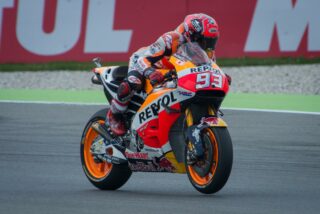 My first motorsport related JEMS® ‘aha’ was learning about disconnection of the upper zone leading to overload of the arms.  It struck me that so many factors could contribute to this in the TT context with racers elevating their shoulder girdle position due to issues such as a suboptimal bike set up, fear, a lack of confidence in course knowledge, neck bracing against wind buffeting, with fitness, fatigue and dysregulated breathing patterns also playing a significant role for many. The holistic functional model now forms the framework for our Physio service, with high attention paid to key areas such as arousal level.

The last TT in 2019 saw the opening of a racer chill out zone space next to our clinic, acting as a debriefing area and quiet space in what is a chronically high stimulation environment with frequent drama. We can take racers out of the main clinic when indicated, into this a calm area and this is where much of the exploration into new and innovative ways of using the JEMS® repertoire takes place, solving often very unique problems.

Despite initial scepticism and resistance amongst hardened racers, desperation to race without this debilitating issue led to them being willing to try new methods. I have experimented with techniques and concepts in response to racer feedback, each case being slightly different and I have been encouraged by the results. Ball bouncing is now being used as a warm up by many to stimulate connection, flow, and a more plugged in, relaxed shoulder girdle position, with racers understanding what they are doing and why. 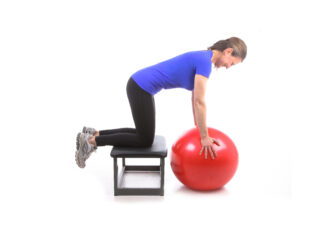 I also use the ‘Upper Zone Stabiliser’ (pictured right) with perturbations (kicking the ball randomly and often sharply) to increase recruitment and awareness of the upper zone position. Increasing awareness of the impact of breathing and consideration about where on the course, such as a long straight they could do a quick body check, has also been part of the educational journey for racers. There is infinite potential for improvements and innovation moving forward as racing returns this year after a 3 year Covid absence and the JEMS® approach will be more important than ever.

My JEMS® journey began in 2016 and I have repeated both sections of the course multiple times, each time diving deeper and opening up new areas of fascination. From a personal perspective, the early journey was very hard, frequently uncomfortable and involved much soul searching as I gradually made friends with my body again after a deeply traumatic incident. Clinically I have become intrigued by the nervous system, and thanks to JEMS® I have finally embraced and unleashed my inner creativity, enabling me to thrive, giving me the confidence to go off piste when things aren’t working.

The JEMS® framework and philosophy has taught me advanced problem solving skills, confidence in silence and how quietly hold the space for my patients to continue their own journey to where they want to be.

*Apologies to the diehard TT fans out there – this is the only motor cycle racing image available to us!

« « Inspired by spines! Live lecture by Joanne Elphinston | Own your movement » »
Blog Categories