I don’t give corrective exercises.

This is part of one of a three part series on terms that are common in the training and rehabilitation industries, but which do not resonate for me.

The first of these is “corrective exercise”. This term has been around for a long time, and reflects the era from which it emerged. At that time, when the concept of “muscle balance” was coming into vogue, we began to “diagnose” movement, and to prescribe what was seen as corrective exercise to address a dysfunction.

It is a term that reflects a traditional view of the healthcare practitioner/patient-client relationship, where we would identify something that we saw as wrong and prescribe measures to correct it.

Things have moved on a long way since then. We now realise that the movement we are seeing is just one of many options that the individual can display, and that there are many factors which give rise to the choice that their nervous system is making. Sometimes their strategy is a robust, effective and sustainable choice, and sometimes it isn’t.

When it isn’t, we have options. Personally, I like to see whether together, the client and I can discover some new possibilities within the very first session.

We may establish some new sensory connections, and then explore the relationships between body segments, joints and muscles with this new perception. Sometimes this is enough to open up new pathways, and allow alternative strategies to emerge. The person sees very quickly that they already have more capability than they realised. This is quite a revelation, as most of us are conditioned to expect that any positive change must be the result of hard work and repetition. These are the magic moments that the nervous system makes possible.

To achieve this, we might first need to alter the task. For example, by simply reducing the load or complexity sufficiently for the person to relax and expand into the movement, new solutions have a chance to emerge. When the demand is too high, we tend to cling to a single familiar strategy, but when we eliminate the struggle, the system can dare to explore. New choices appear. Once they have, the task can be progressed systematically.

Sometimes, however, people benefit from what I would prefer to call preparatory exercises.

If for example the person does not have the basic strength or mobility to perform the movement, then they may benefit from what I would call potential building tasks.

Potential building tasks are not corrective exercises: they simply boost the resources that the person can draw from for their movement. Having more strength or more mobility does not mean that they will automatically move more effectively – they just address a fundamental limitation.

In order to make tangible change to a movement, the nervous system needs to know what to do with those new resources. This involves integration tasks, where the entire system learns how to utilise this new potential. For example, you may have developed more mobility, but under the challenge of balance, you may find that it becomes restricted again. An integration task allows for an interplay between systems, so that the new potential can be transferable into a range of movements.

So, rather than thinking of corrective exercise, I prefer to think of preparatory tasks. In a way, every task is preparatory, as it naturally leads to a next step, and then a next.  We are simply progressing on a collaborative projectof exploration.

To summarise, the term “corrective” to me is dictatorial and constrictive in the light of what we now know about movement – after all, if I am to be corrected, then somehow something is wrong. I meet too many people who think that so much is wrong with them, when there really is so much that is right with them that they just haven’t discovered yet. 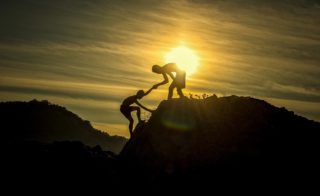 Many have become disempowered and disheartened: after all, when you have spent years working on corrections but your situation hasn’t changed, it is not a big step to feel as though you have failed.

However, if they have the resources they need for the level of movement required, then our job together entails uncovering the other possibilities: change can happen quickly.

If they don’t have those resources, then we include preparatory tasks, first potential building and then integration, which establish the foundations that can then flow into an open ended progressive journey.

In this way, we step out of the old “expert corrects client” dynamic, and invite people into the beginnings of discovering themselves.

« « | Capacity, capability and preference: what are you seeing? » »
Blog Categories