Emotions in the body: a small tale of thoracic mobility and caramel buttons. 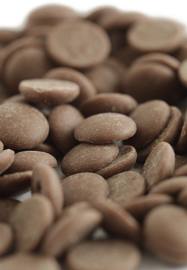 I just wanted to share a little story from clinic, as it was rather beautiful and highlights the need to appreciate all of the systems in play when a patient presents.

My patient was a delightful young man of 13, a keen sportsman who had suffered a major traumatic accident a year before which resulted in a very nasty fracture, and a difficult path to healing. The entire history and interaction is lengthy, so I just wanted to pull out one of the events from our initial treatment.

Having examined my patient, and acquired a feel for his movement and his tissues, and having subsequently restored some ankle and hip mobility, we looped back to look at his thoracic rotation. On initial assessment, the patient exhibited an impressively convoluted strategy for rotation, and didn’t rotate spontaneously at all in gait. If prevented from collapsing into both the frontal and sagittal planes with the postural “balloon” cue, he only had five degrees of available rotation in the direction of the injured limb, and on questioning, he simply said that it felt stiff everywhere. Feeling through his shoulders as he tried to turn, a real sense of resistance was present, yet it felt completely non-specific.

How then are we going to restore mobility if there doesn’t appear to be anywhere or anything to mobilise?

One of the things I keep in mind with a presentation like this is the potential effect of trauma on the system. The nature of our clinic is that we see the effects of trauma quite frequently in our patients to varying degrees. Dysregulation of the arousal system and its effect on parts of the brain involved in movement and interoception is an area which is starting to unfold with the advances that have been made in scanning technology, and is giving insights into methods for addressing it.

One of the approaches that we draw on frequently is Somatic Experiencing (SE), a technique developed by Peter Levine to treat PTSD. SE is a very gentle approach which does not require cognitive engagement with the original trauma, instead helping the patient with their present experience of their body and movement, using concepts arising from the patient themselves in order to regulate their autonomic system in response to specific triggers.

One of the interesting aspects that I’d stored away after a seminar was that a patient may unconsciously “not go” in the direction associated with the trauma. This little nugget of information was the helpful element with this patient, because it was indeed something that I needed to consider. Given the level of trauma that this child had experienced, and considering research findings on the high rate of post traumatic emotional disturbance associated with child orthopaedic injuries (Wallace et al 2013, Sanders et al, 2005), it would certainly be possible that some sort of residual effect might be present.

Engaging cognitively with the issue will not be appropriate or helpful. We needed to speak to another part of the brain, the part that is still frightened.  So, for this patient, I picked an age appropriate possibility to play with.

“What is the yummiest possible thing that you could imagine, the thing that would make you really happy right now.”

The answer was quick. “Caramel buttons”.

To really start to work with triggering pleasant sensory memory, we go a little deeper. “Oh! What is a caramel button?”

“Just like a chocolate button but filled with caramel.”

Go deeper again to really engage the patient. “Wow – is it hard caramel or runny?”

“Goodness, that sounds amazing. So let’s just think about that runny caramel while we turn back and forth.”

We turned… and turned right past the restriction and kept going. The patient’s mother’s jaw dropped as she watched the change. However, rather than make a big deal of it, we kept our dialogue going.

“What would happen if you heated up the caramel?”

“It would get runnier.”

“Mmmm, that sounds lovely and gooey.  How about we have some warm extra runny caramel buttons now as we move….?”

The movement became bigger and smoother every time.

“What does it feel like to turn with runny caramel buttons in your body?”

The patient was matter of fact. “It feels easy.”

So what happened? We talked to a part of this child’s brain that was stuck. This is often how trauma is described — that time moves on, but for the patient, a part of them is still fixed in the past, sometimes completely unconsciously. By accessing pleasant sensory memories as we moved into the missing physical range, we altered  the association. We brought those delicious sensations further into the body by progressing from enjoying the thought of the candy to actually feeling the warm runny smoothness in the body itself. Imagine what is happening in the brain at this time, as it makes new connections. The brain is very, very clever, and so quick to make changes. Now that we understand more about what happens in the presence of trauma, its effect on sensory awareness and even motor output, we can use this knowledge to gently assist our patients.

Is it psychotherapy? No. Has it dealt with all the aspects of this child’s trauma? No, and that was not our intention, nor, importantly, was it our remit, which was restore function. We simply used a simple technique to make a small shift in the child’s nervous system, in order to allow him to reclaim his motion.

Did this approach carry over? Yes, indeed it did. The patient returned two weeks later with full thoracic rotation, and more normalised movement. We used a little  of the same technique with his injured leg, then some fun movement games to integrate the work, and he rapidly progressed back into his beloved sport.

« « For better posture, be the river. | Reclaiming the feet by reshaping the brain after chemo » »
Blog Categories