Release the Tension to Unleash the Movement

Much of the movement dysfunction that I see has its roots in tension.

Sometimes I see athletes who have fixed tension patterns arising from poor force management strategies, so they lock themselves back, up, down or sideways as they try to gain control of themselves. They are literally getting in their own way, because if we cue and facilitate them to open up and release, they experience immediate responses from the muscles which they customarily think of as weak, and which they customarily try to strengthen without successful transfer to functional movement. The gluteals are a great example of this. We see a lot of absent glutes walk in and active glutes walk out within the same session by addressing aberrant tension patterns and establishing coordination and timing.

Other athletes are strong and very stable, but lack fluency and dynamism in their movement. They pass routine functional movement testing with flying colours, do plenty of plyometrics and agility, but still don’t seem to move with the smooth command that they should be capable of. These athletes are always “on” – their muscles are always “ready”, constantly partially contracted. They frequently find that although they are often fitter than their teammates, they seem to be out of breath more easily. They get in their own way by interrupting natural flow of force along the kinetic chain, and their movement becomes correct but mechanical. They often focus on power as their route to success, drawing on their physical assets but not using them efficiently. Remarkable and immediate changes happen to their movement through actively recalibrating the excess muscle tone, and resetting the athlete’s perception of effort. Mostly we teach these athletes how to unleash the force by removing their own internal restrictions.

I received an email this week from an athlete, and it underpins these observations:

“Working on the new techniques I’ve learned from you. I played 2 events late June back to back and had patches where I’ve played some of the best squash ever and moved liked a dream hardly breaking a sweat! Even when under pressure I never panicked and stuck to the composed/relaxed way! A work in progress and something I’m enjoying applying 🙂 …” Arthur Gaskin, Irish Number 1, Squash.

The key phrases that I was really happy with were “moved like a dream”, “hardly breaking a sweat”, “never panicked” and “stuck to the composed/relaxed way”.

The athlete’s comments are a practical reminder that moving beautifully is not just about the body — it is also in learning how to release tension while expressing force effectively, and this engages mind, emotions and body together. There must come a time when the athlete transcends pure physical conditioning and learns how to express movement effortlessly, fluently but no less powerfully. The great Mohammed Ali gave rise to the phrase “floats like a butterfly and stings like a bee” and there is no better description of effort only when necessary, and then directed with maximum directed efficiency.

Training for movement is truly a holistic enterprise. 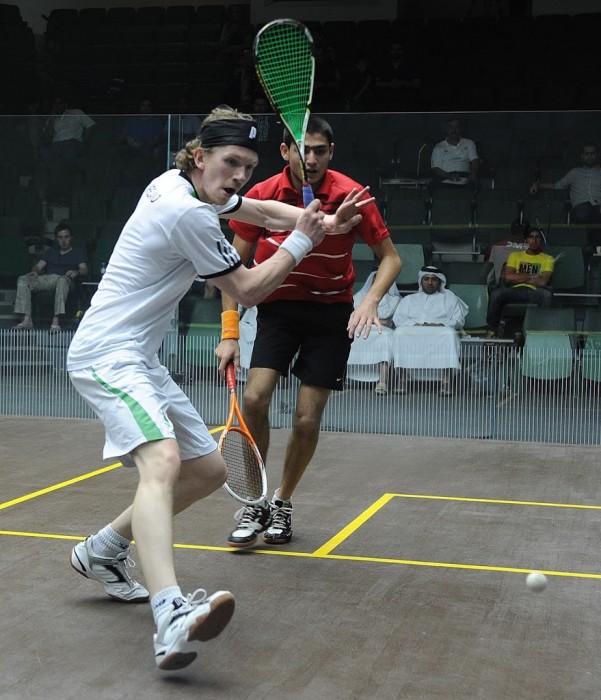