Simple Things Can Help The Good Be Even Better

“During my time as a professional cross country skier, people always told me I had the most beautiful and most economical way of skiing in the classic technique. I always had a problem with the skating technique though, but when I met Joanne, initially because of a back pain and knee problems, she found a lot of things that didn`t work out the way it should in my technique, both in classic and in skate.

She was the first ever to say that my classic technique wasn`t as efficient as it could be and I found it very interesting to hear what she had to say. The result was stunning. I had never felt so much power before and it cost less energy! For the last season as a top athlete, after I had been working with Joanne for a year, I was in the world top also in skating.

I had improved results in my classic and skating technique already after the first session working with Joanne. My back pain was all gone and in the summer I could run as I wanted because my knees was 100% again. Joanne really taught me how to use my body and its energies to move the most powerful and efficient way without getting any injuries.”

For most of the chonically injured performers I see, it is possible to identify the seeds of injury sprouting from their past and present movement strategies. 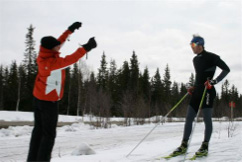 The problem for a successful athlete is that technical issues are often seen as personal style. Either no one dares to mention that perhaps something could improve, or a biomechanical quirk is so frequently observed in the sport that it is accepted as normal. Many athletes have said to me in bewilderment when something like this is identified, “but why hasn’t anyone said anything about this before?” In Mats’ case, his flowing classic style seemed like the finished product, but it didn’t appear when seeing it in real time that there was as much propulsion over the snow as his extravagant limb motion would imply. There were fundamental elements which if put in place, would give him the potential for more effective expression of force.

He was very, very good, but he could still be better. 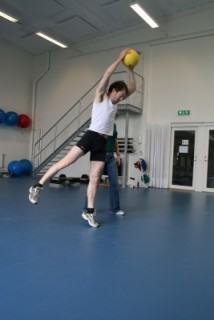 The elements that correspond to injury through excessive repetitive stress are frequently the same elements which influence technique. For Mats, it wasn’t more power or endurance training that brought results. Performance improvements came through quietly unlocking persistent inefficient strategies and facilitating sound foundation posture and control in motion. Simple things done well led to the capacity to progress consistently and systematically into high performance. This made it possible to optimise Mats’ force management and reduce his physical cost. 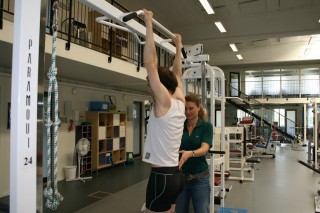 None of this would have been possible if Mats had not had the humility to explore these new things to his fullest ability. Many athletes with his ranking would have clung to their “style”, but once we compiled a list of what Mats wanted to improve, he applied himself with discipline, each session either on skis or in the gym bringing new insights for us both. His increasing enjoyment of his sport through this physical mastery was itself fantastically rewarding. 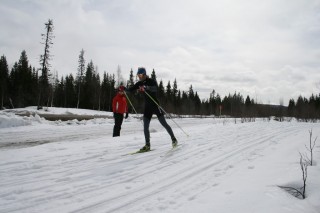 Even an experienced elite athlete can benefit from learning to move more beautifully, in balance and symmetry, with minimal effort, at increasing loads and speeds.

Want to learn more? Join one of our professional movement and rehabilitation courses to expand your skills and effortlessly integrate JEMS® techniques into meaningful, effective clinical practice.