Following in my mum’s footsteps, I qualified as a physio in 1995. My postgraduate studies reinforced in me that physiotherapy seemed to be full of techniques and rules, that if one didn’t apply correctly, simply would not work. I was regularly convinced that I was not doing things ‘properly’ and was failing my patients. I wondered when the fun bits would emerge!

Then I attended Joanne’s “Get on the Ball!” in the early 2000s, and it was all I had hoped for and much more. The magic of JEMS® lies in the principles Joanne has created and articulated over the years, the frameworks for approaching a client’s needs, and ultimately giving you permission (and confidence) to think for yourself (even using some intuition) and explore movement possibilities with your client, without fear of getting ‘it’ right or wrong. This was so liberating for me – an eternal ‘worrier!

As many of you know, that first course is such a revelation that there is no option but to go again, to learn more, to understand better, to find and overcome your own movement challenges, so part 2 was booked and completed, and then I determined to run a course so I could do both parts again. When Joanne asked me if I’d like to do some teaching for her, under her direction, of course I said yes; an opportunity to learn so much more still, and, though I didn’t realise at the time, invaluable lessons on teaching, presenting and managing a group.

In Occupational Health integrating the JEMS® concepts allows us to focus on finding alternative ways to complete tasks where the client may be ‘stuck’ in doing something in a certain way – either having lost movement variability and / or having acquired a belief that the task must be done in a certain way (it’s always been done that way!). If the current movement strategy is causing pain, then it is likely threatening to cause sickness absence.  Using JEMS® allows me to help someone find a way to complete a task with greater ease, and therefore probably less pain, meaning that the individual can execute the task with less fear, and less avoidant and protective behaviour. This in turn reduces the association between pain and harm being related to work. Gradually building up the exercise challenge using the principles of progression, then layering the task complexity using the JEMS® holistic functional model enables rehabilitation to high levels of function that may not be immediately obvious in a clinic or gym.  One stand out example of this was when I asked a welder to come to the clinic in all his protective clothing, then I turned on the heater, turned off the lights, and asked him to ‘weld’ toilet roll cardboard under the couch – to create a feeling of a confined space – for 20+ minutes!

At Designed2Move we often see people who, injured 3-4 years ago, have already had numerous physio appointments, with varying degrees of success. Often the physiotherapy may have been adequate but the service provision has not afforded the opportunity for the clinician to progress function as far as possible. Some clients are not that pleased to see yet another physio, so we need to be able to offer something different, with the client’s functional goals at the centre of the plan. Using a JEMS® holistic functional model we can move away from reps and sets, or fitness, and use more functional steps to deal with the breadth of the problems, which are usually multiple body part injuries with associated psychosocial factors at play. 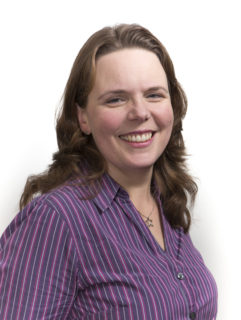 At its heart, JEMS® has a firm foundation in, and understanding of the science of movement and exercise, and teaches us to apply this with sound clinical reasoning, respect and compassion to the person that presents, with all that they bring and are at that time, not just physically but also emotionally (including their expectation of physio).  I have now attended, taught or assisted at over 20 GOTB and JEMS® courses (second only to Kent!), seeing the content evolve to all it is today, and I’m sure Joanne has still more developments to come. I’ve stopped counting the courses, but I haven’t stopped counting the learning. I look forward to continuing along the JEMS® journey.

JEMS® Certified practitioner and long-time JEMS® Movement fan, Heather is a specialist in bespoke biopsychosocial functional assessment, rehabilitation and functional restoration. She is a nationally acclaimed freelance speaker and lecturer in Functional rehabilitation and Fitness for work. Heather is the 2019 Vocational Rehabilitation Association’s Practitioner of the Year, and Founder of Designed2Move, runners up in 2018 and finalists in 2019 for the Case Manager’s Society of UK Therapeutic Provider of the year award category.