No one is ever average who chooses not to be. 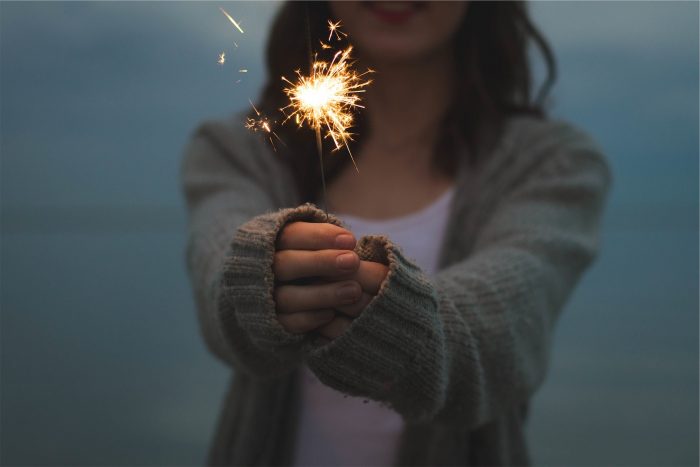 I came across a quote recently that gave me pause.

“Be motivated by the fear of being average”, it said.

Average. The concept of an average means that there will be people who are both better than you, and not as good as you, in whatever endeavor you are engaging in. It is then, a measure that is dependent upon other people. So is fear of being average a robust motivator for real success?

Might there be something worse than being average? Personally, I would find it far worse to have to live with the regret that I didn’t fulfill my potential. That I had in my hands all the raw ingredients, qualities and attributes that I could possibly need, but dropped the ball, hamstrung by lack of confidence, determination, or discipline. That I let challenges or circumstances turn into excuses. That I failed to see the lessons in the difficulties, the critical learning to take from the failures. That I didn’t question, seek, adapt, or grow; that I lacked the patience or persistence to keep exploring and expanding all that I could be. That I didn’t pick myself up, shake myself off, forgive myself for human lapses, and get back in the game.

That would be far worse than being average. And conversely, if I did keep my focus on honing my attributes, talents and skills, the threat of being average would dissolve into irrelevance.

And what about fear as a motivator? Fear is designed to be a short term survival strategy. We fight, or we flee, both states of high tension.  If we are asked to keep doing that day in, day out, we become exhausted and fall into the third state: freeze. When you are in a freeze state, you push on the brake and the accelerator at the same time, using lots of energy and going nowhere. That leads to burnout.

Fear makes us pigheadedly cling to fixed beliefs and outdated plans even in the presence of compelling new circumstances or new information. Unfortunately this powerfully blocks learning.   If we can’t learn, we can’t adapt, so we can’t make changes for the better.

Wouldn’t you like to think that your power source is your own sense of purpose, rather than the constant poking fear of external comparisons?

That’s what really takes the handbrake off and gets the wheels in motion.

Here’s a truth. Maybe today you won– the stars aligned, the conditions were perfect, your preparation was supreme. Today, by external measures, maybe you really are the best. But you know what? Tomorrow it might all be different. If you only strive to beat others up a slippery ladder, your sense of self worth is dependent upon factors outside yourself. The reality is that other people’s performances are outside the sphere of your control.

Your performance, however, is something you can take charge of. If we shake off the fear of being average, (a concept so widely accepted that it is, in fact, a very average attitude to pursue) we could choose a new game that suits us better. If we set our goal to fully engage with our potential, to do what it takes to continue to progress, and to do it with the dual forces of discipline and patience, we develop the double powerhouse of self–esteem and self-belief to go to the next level. Then we have a real shot at succeeding.

You do the work. You explore the possibilities, look around all the corners. You shelve past regrets and stop beating yourself up for what you aren’t, because if you stay in the process, it is simply that you aren’t yet. You can see what the most successful version of you looks, feels and thinks like, because that’s where you are heading, and through your actions, you take a step closer to it every day.  You will keep doing so, because your potential just keeps expanding. And no one can take that away from you, because you are not measuring against them. As Wayne Dyer said, “My goal is not to better than everyone else, but to be better than I used to be”.

He doesn’t mean that you don’t aim for the pinnacle of your endeavor. He means that you need to focus in the right direction.

You will be the best not because of a fear of being average, but to fulfill your potential, to create your story, achieve your mission. It’s the experience of being the driver, not the driven. It doesn’t matter whether you are aiming at winning an Olympic medal, running a successful business or simply achieving a happy life full of satisfaction. Your best self is a measure of comparison only with the you of yesterday, and the you of tomorrow.

I really don’t believe that the best in the world get there through fear of being average. They get there because they do what it takes to fulfill their own vision of themselves. They believe in their mission. They invest in becoming their best selves. And by doing that every day, they become extraordinary.

In releasing the fear of being average, you have the chance to become exceptional.

If you aim to fulfill your potential, you discover the freedom to excel.

« « What will make you feel better? | Happy New Year: simple steps to set up each day » »
Blog Categories