Capacity, capability and preference: what are you seeing?

I have taught on the subject of movement assessment for many years, and one of the tripping points that comes up is focusing on a movement outcome without asking the most pertinent question: am I seeing capability, capacity or preference?

Whether you are formally testing movement or simply observing it as a practitioner, understanding this distinction can help you to adapt and plan a programme with greater specificity.

Let’s say for example that we are considering the strategy that the individual uses for lower limb support. Perhaps you are looking at a lunge, which will give some insight into the person’s ability to move in the sagittal plane, that they have the pelvic and hip control to accept the loading, and the eccentric strength to move fully into the range, among other factors.

Perhaps you see that the pelvis rotates towards the loaded leg, the knee falls inward and the foot rolls heavily into pronation.

At this point in a somewhat outdated model, the observer might think, “Ah ha! Glute weakness!”, and set about a remedial strengthening programme.

This would be premature, because you have not identified whether what you are seeing is a capability problem, or simply a preference. The distinction between the two is choice. In the absence of sufficient capability, the person has no choice – you can cue them in different ways to make different sensory and cognitive connections, but the outcome is precisely the same. They will not then be able to express functional variability, a requirement for normal healthy movement. We therefore will be working towards increasing their available options.

However, if the movement changes in response to your cuing, the capability for the task exists, and they are simply showing you their preference, one of potentially several possibilities. In other words, it is a habit. We will be focusing on making new choices and more fully exploiting the resources that they already have.

What if the movement looks unremarkable on testing? Do you tick the box and say that all is well?

Not so fast – the problem might be capacity. The capability to perform the movement in a way that shares and transmits forces effectively might be available, but only under certain circumstances. Under conditions of fatigue, insufficient strength/endurance to withstand sustained or repeated efforts, stress or distraction, that capability dissolves, and the person moves differently. You may need to pre-fatigue them, or layer up the complexity of the task to better reflect their normal functional demands.

What does this all mean to us practically?

If the person is a novice exerciser, has had a significant break from training or has suffered an injury, they might have a basic capability problem. In this case, you might choose to work on factors like strength, balance and control using preparatory or supplementary exercises. This is potential building. To integrate the gains, the load or skill requirement for a specific pose or global movement may initially need to be reduced to allow the new strategy to emerge. So, for example, you might reduce the load in a chaturanga or press up motion  by performing it from the knees instead of the feet, to enable the person to develop strength while developing a more sustainable pattern.

When the capability is available but you want to encourage people to make other strategy choices, you will be working on sensory connection, exploration and collaboratively identifying cues which open up new possibilities in global movements. You won’t be wasting time building strength that they already have.

It might be that the capability is there, but capacity is the issue. In this case, graded progression is the key. You are aiming to expand the boundaries of that movement, making it more robust by challenging a variety of parameters, like increasing complexity, layering on different planes of motion, endurance and distraction. 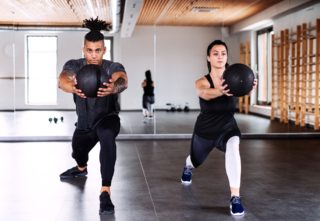 The misunderstandings around movement assessment generally arise from an expectation that a specific set of tests will enable reliable injury prediction, or that movement can be reduced to a dualism of correct and incorrect. This was always doomed to failure, because movement is an expression of multiple systems and factors.

When this reductionist approach is shelved, and we distinguish between capability, capacity and preference,  programmes can become more relevant, accurate and streamlined.